IUF unions and their supporters demonstrated across Indonesia on March 8 to show their commitment to the struggle for trade union rights at the Nescafé factory in Panjang. 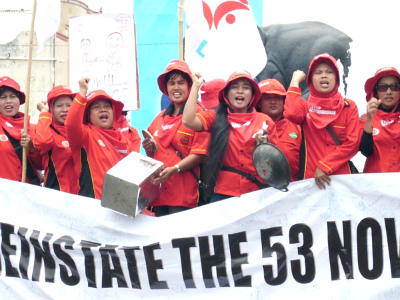 In Bandar Lampung, members of the SBNIP were joined by members of 4 independent foodworkers' unions to demand the unconditional reinstatement of the 53 dismissed Panjang union members.

In Bandung, nationally famous singer Acil Bimbo of the popular group Bimbo addressed the rally, saying "Shame on Nestlé" and evoking a consumer backlash as more and more Indonesians learn of the company's brutal violations of basic rights.

In Jakarta, Hundreds of women workers from the hotel federation FSPM and the union at biscuitmaker Arnott's rallied in the center of the city. 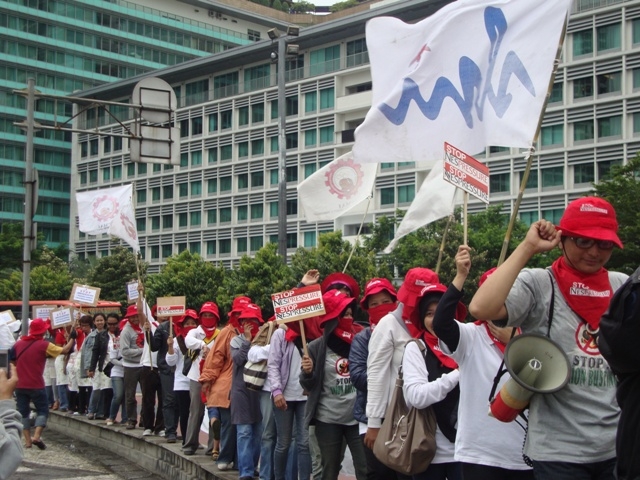 In Yogyakarta, FSPM Women's Committee members from many hotels demonstrated their solidarity with Panjang workers and their families, while in Denpasar, the capital of Bali, The FSPM regional women's committee declared March 8 to be the start of a series of ongoing union actions in solidarity with the Panjang workers and the struggle for the rights of casual workers at the Nestlé factory in Kabirwala, Pakistan.