Click here to send a message to Nestlé management!

Nestlé pays lip service to equality of treatment, pay equity and what the company calls "gender balance". What has this meant for women workers at Nestlé? While efforts are being made to recruit women into management positions to ensure "gender balance", many Nestlé employees continue to work in environments which are far from balanced. Women workers at Nestlé continue to face obstacles to promotion and better pay and will more often than not be found in the lower levels of pay grades. Nestlé blames "external forces" for this while denying its own crucial role as the world's biggest food company in ensuring the full realization of equal opportunity, equality of treatment and pay equity for all its workers.

Good Food, Good Life? No Rights, No Work in Indonesia and Pakistan!

Women are providing vital support to the fight for justice at Nestlé in Pakistan and in Indonesia. 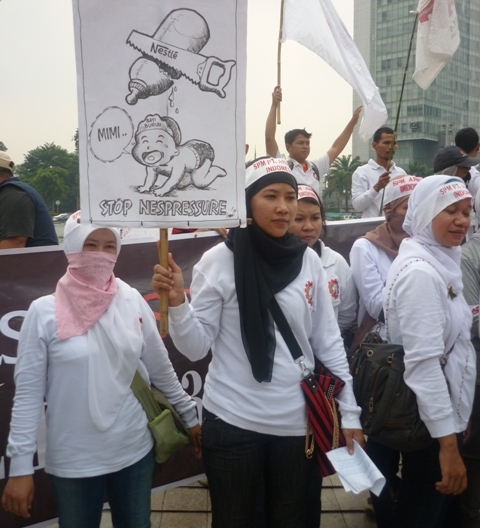 Good Food? No Food! Wives of the fired Nestlé workers demonstrating in Lampung, Indonesia. Their families have been without income for 5 months. 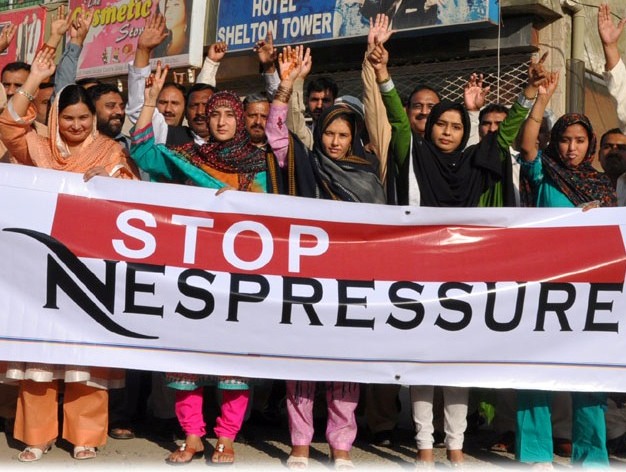 NFFBTW Women's Committee demonstrating in Multan, Pakistan. Its chairperson, Mehek Butt (second from right) puts it like this: "We support the Nespressure campaign because we, being workers and women workers, rally together to show that not only as workers, but as family members, we support our brothers and sisters everywhere. We are all IUF family and we should support each other."

The active promotion of equality at all Nestlé workplaces, including

Good Food, Good Life for Nestlé workers and their families in Indonesia and Pakistan:

Please deliver this message to your local management.

Click here to send this message to Nestlé central management.